The following announcement was written by Ancestry.com:

LEHI, Utah & SAN FRANCISCO–Ancestry®, the global leader in family history and consumer genomics, today announced the appointment of Mark Thompson as chairman of the board.

Thompson formerly served as President & CEO at The New York Times Company, where he led the 170-year-old brand’s transformation into the world’s fastest-growing and most successful news digital subscription business. During his tenure, digital subscriptions grew nine-fold to over five million and the company’s market cap increased nearly five times. 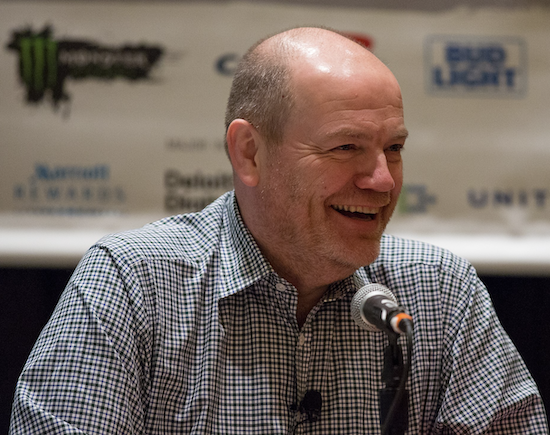 Thompson’s appointment at The New York Times Company followed an eight-year term as Director General (CEO and Editor-in-Chief) of the BBC. He is widely credited with expanding the BBC’s digital and global reach and overseeing development of the BBC iPlayer. He joined the BBC from Channel 4, where he was Chief Executive from 2002 to 2004.

“I’m honored to be named as Chairman of the Board for Ancestry and excited to support the next chapter in the company’s success,” said Thompson. “Ancestry is already the world leader in its category but I believe it has the potential to grow much further. I’m looking forward to working with the board and management team to build the business through innovation, product enhancements and investment in records, technology and data science so that many more people around the world can embark on their own journeys of personal and family discovery.”

David Kestnbaum, a Senior Managing Director at Blackstone, and Sachin Bavishi, a Managing Director at Blackstone, said, “Mark’s long history of leadership, coupled with his successful track record in leading subscription and content businesses makes him an ideal Chairman. He brings a great deal of skill and strategic expertise to Ancestry. The company and the board look forward to working closely with him to accelerate Ancestry’s next phase of growth.”

Thompson was educated at Stonyhurst College and Merton College, Oxford.

Ancestry®, the global leader in family history and consumer genomics, empowers journeys of personal discovery to enrich lives. With our unparalleled collection of more than 27 billion records and over 18 million people in our growing DNA network, customers can discover their family story and gain a new level of understanding about their lives. For over 30 years, we’ve built trusted relationships with millions of people who have chosen us as the platform for discovering, preserving and sharing the most important information about themselves and their families.