The following is a Plus Edition article written by and copyright by Dick Eastman. 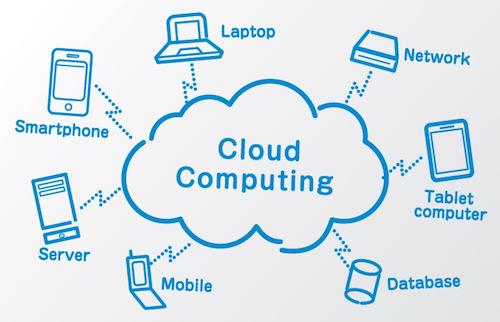 Do you use Dropbox to store files? Do you get your e-mail at Gmail or Yahoo Mail or Hotmail? Are you using Facebook? How about doing work with Google Workspace, formerly called Google Docs? If you answered “yes” to any of these questions, congratulations! You are a cloud user.

I often receive messages from newsletter readers or read comments from readers posted at the end of articles in this newsletter stating that they are afraid to use the cloud. The most common stated reason is because the person doesn’t yet understand the cloud and is afraid of security problems or other reasons. Yet, these same people often are already safely and securely using the cloud every day, usually without being aware that the service(s) they use are running in the cloud.

First, let’s start with the basic definition of “the cloud.”

The cloud is a global network of computer servers, each with a unique function. “The cloud” is not owned by any one company. It does not run on any one collection of servers and is not located in one building. Instead, “the cloud” is a vast network of remote servers around the globe which are hooked together and meant to operate as a single ecosystem. These servers are designed to either store and manage data, run applications, or deliver content or a service such as streaming videos, web mail, office productivity software, or social media. Instead of accessing files and data from a local or personal computer, you are accessing them online from any Internet-capable device—the information will be available anywhere you go and anytime you need it.

Gmail and Yahoo Mail and Hotmail all replace old-fashioned software we used to install in our computers. Those of us who were around in the pre-cloud days well remember installing email programs, such as Eudora, Outlook, Thunderbird, Netscape Messenger, Zimbra, and Pegasus. Most worked well but had various limitations. For instance, if you wanted to use two or more computers to read and write email messages, such as the desktop at home and the laptop when traveling and a computer at the office, keeping them in sync was a problem. They were also susceptible to data losses, either by hardware malfunctions or by user error.

Perhaps the most common problem in the pre-cloud days was stated as, “Oh! I left that information on my other computer.”

In contrast, today’s cloud-based applications do not require the installation of software in your computer. When using cloud technology, most software is installed on web servers someplace and data is likewise stored in a company’s servers (although these email services usually have an option to also store messages on your hard drive). Hardware malfunctions are almost unheard of as each company keeps backups and restores damaged messages almost invisibly to the user. Even user errors are minimized; if a user clicks on DELETE, the message is usually moved to a Trash folder where it is kept for another 30 days before being truly deleted. The user can still recover accidentally-deleted messages during that 30-day window.

All of the above services mimic traditional computer applications except that they are cloud services. Dropbox stores files and (optionally) copies those files to other computers, typically to other computers owned by the same person. The storage and copying all happens in the cloud.

Traditional computer applications usually have been expensive as well as complicated to install, configure, and maintain. The amount and variety of hardware and software required to run them are daunting. Most installed programs run only one operating system: usually Windows or Macintosh or occasionally Linux. You needed to be a computer guru to install, configure, test, run, secure, and update these programs. Speaking of updates, most software companies charge money for significant updates although smaller releases consisting of “bug fixes” may be available free of charge.

With cloud computing, you eliminate those headaches because you are not managing the software—that’s the responsibility of company that provides the cloud-based service. You no longer have to troubleshoot software problems or install updates. Instead, the required software is typically installed on the company’s servers in the cloud. (There are some exceptions.) Pricing is also cheaper in most cases. Cloud computing works like a utility: you only pay for what you need, upgrades are automatic, and scaling up or down is easy.

Cloud-based apps can be up and running within minutes, without installation, and they almost always cost less. With a cloud app, you just usually open a browser, log in, customize the app, and start using it.

If you do not have a Plus Edition subscription but would like to purchase this one article for $2.00 U.S., you may do so at: https://gum.co/jUbZR.