Registration is required below for this class below! 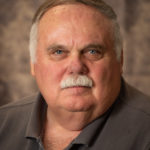 Glenn was born in Iowa and grew up all over the Midwest. After 21 years in the Air Force, he moved to Ft Collins in 1992. After a career in technology working in electronics, computers, and managing large computer security programs Glenn retired in 2016. He started doing genealogy about 1983, when he was stationed near Washington DC learning genealogy in the Library of Congress, National Archives, DAR Library, and Suitland Records Center. His current focus is on Genetic Genealogy. He took his first DNA test in 2006. He now manages DNA tests with all three testing companies for over 20 different family members. He has attended many presentations on Genetic Genealogy including Roots Tech 2016 and 2017 and numerous local Genealogical Society presentations. He completed the DNA Boot Camp: Practical Applications at the Salt Lake Institute of Genealogy in January 2017. He currently leads the monthly DNA Study Group for the Larimer County Genealogical Society. 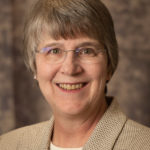 Tammie began doing genealogy since January 2014 and joined the Larimer County Genealogical Society soon after. Genealogy has become her passion and favourite pastime. She was born and raised in Iowa, in a Quaker family. She received a Bachelor’s Degree from Iowa State University in Botany and a Master’s Degree from the University of Minnesota in Plant Breeding and Genetics. She worked for a time in the Recombinant DNA Lab at the University of Iowa doing genetic research. Some of that research resulted in a patent from which she enjoyed royalties for 17 years. She and her husband and two children moved to Fort Collins in 1991.

It has been her pleasure to combine her interest in genetics with her interest in genealogy. She and most of her family have done DNA testing at all three major companies. In January of this year, she attended the Salt Lake Institute of Genealogy week-long Course: DNA Boot Camp: Practical Application. She believes that understanding the science behind the DNA testing will help you get more out of your results.

Everyone that is interested in genealogy or family history is welcome!
Questions? Contact: Education Co-Chair Bob Larson at Education@lcgsco.org

Please register below for this class

Registration is closed for this event.