This story provides several clues to help find your ancestors, regardless of origin. Focusing, or re-focusing, on 3 to 4 key tactics will help break down your brick walls. Debbie Schwartz has been curious about her family history since the age of ten. Since 2010 she has been able to acquire abundant evidence for most of her eight great-grandparents, all of whom were born in Eastern Europe. She has recently begun a new career doing genealogy research for private clients. 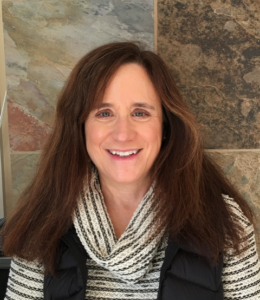 I grew up in the Midwest US with a single mom and three siblings, but no extended relatives and became very curious about our family history from age 10.  I was determined to find out who were those named, but faceless, relatives that called occasionally but never visited; why one grandmother had six babies, but only one lived; and why certain topics were forbidden.  I knew relatively little about my ancestry until 2010.  Since then, I’ve been able to acquire abundant evidence to about 1800 for most of my eight great grandparents, all of whom were born in Eastern Europe.  Using a number of traditional and creative research techniques, I’ve been able to find numerous records as well as stories for many ancestors – in the US and Europe.  I moved from Boston to Boulder in 2011 with my job in Rights Licensing for Pearson Education.  In the past two years I’ve transitioned to a new career doing genealogy research for private clients.