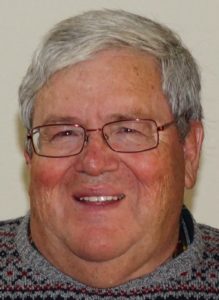 Do you share New England Roots with John E. Putnam from Pre-Revolutionary times? Do you know the history and migration patterns that your ancestors experienced during these times? Even though you may not share any roots from this geographical area, there are many factors that started in New England that still impact us all.

As the second oldest area in the “New World” to undergo European settlement, many present-day Americans can trace their ancestry back to the Pilgrims or the Puritan Great Migration. For some, it is very easy to trace your ancestry back to these original settlers due to the extensive records that their largely Puritan forebears maintained for us. Others find tracing their ancestry more difficult for varied reasons. John will share the importance to understand New England’s history, its settlement patterns, and its town structure to improve your chances to tackle New England brick walls.

While records are important to prove your genealogical past, it is often difficult to know where to look for these records
unless you know the area’s history, not to mention the formative activities that our ancestors undertook which provide rich stories for your family histories.

John likes to customize his talks to his audiences. He asks that attendees share with him the following information:

1. What are your top 5 New England surnames and in what towns &amp; states did they live?

3. What information about New England would most benefit your research?

Please provide this information to jeputnam@aol.com

John is a native of Western Massachusetts.  John’s interest in genealogy started at a very young age when his two grandmothers would tell stories about the family. He also attended both Putnam and Clark family reunions. As a twelfth generation New Englander, there were many stories to be told. His Putnam ancestors lived in Salem/Danvers, MA where they were very involved in the Salem Witchcraft incident. A great uncle was a major general in the Revolution so he got an early indoctrination in the exploits of these historical Putnams. His Clark ancestors descend from two Mayflower Pilgrims although this history was determined later in his life. The Clark stories revolved around the hardships of farming in Western Massachusetts during the nineteenth century. Both his parents were active in their local historical society and frequently added to John’s interest in Western Masssachusetts’ local history.

After the meeting everyone is invited to stop by Village Inn at 1402 E. Harmony Rd for an informal discussion about genealogy related topics over coffee, tea, and dessert.