WikiTree is a free, shared social networking genealogy website that allows users to research and contribute to their own personal family trees, while also building and collaborating on a single, worldwide family tree.  Users requesting membership in the WikiTree Community are asked to commit to a nine-point honour code that encourages collaboration, accuracy, and the use of sources and citations.  Courtesy in dealing with others, consideration of copyrights, and respect for the privacy of others are among the hallmarks of the honour code.  Eowyn will present a basic overview of the mission of WikiTree, the features of the site, and the benefits of participating in a collaborative, single, family tree. 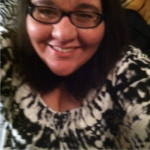 Eowyn Langholf was born in Espanola, New Mexico, and with a father who was in the Air Force, was raised all over the world. After he left the military, her family settled in Albuquerque, New Mexico, but Eowyn has a wandering spirit and has come and gone several times. Her latest adventure has been a move to Ogden, Utah,  where she hopes to stay for awhile.  Eowyn’s mother got her interested in genealogy when she was a teenager and a hobby blossomed into a career.  A professional genealogist for 10 years now, Eowyn owns Turning Hearts Genealogy, is the Forest Elf at WikiTree.com and the Director of the Global Family Reunion.