The following announcement was written by Findmypast:

Ahead of Anzac Day, we’ve compiled a major new resource for exploring the lives of Australia’s military heroes. 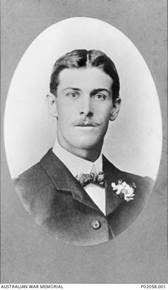 A striking photo included in the records of Captain Alfred John Shout. Gallipoli’s most decorated soldier, Shout was awarded a Victoria Cross and Military Cross.

By combining a variety of Australian commemorative and honour rolls into one simple search, this rich collection makes it easier to discover the details of your ancestors’ service and death across all of the major conflicts of Australian history.

Unlock family milestones with over 37,000 additional records from six Kent parishes. These records are essential for growing the Kent branches of your family tree.

The parishes covered in this latest tranche of new baptism, marriage and burial records are:

Review the parish list to see exact timeframes covered and the other churches featured in this growing resource.

We’ve added nine new papers and updated a raft of other publications, 35 to be precise. Brand new this week are:

While we’ve been even busier than usual, expanding the coverage in these 35 newspapers: