If you have Moldovan ancestors who lived there in the 1950s through the 1970s, you will be interested in a photo project reuniting Moldovan villagers with their younger selves. 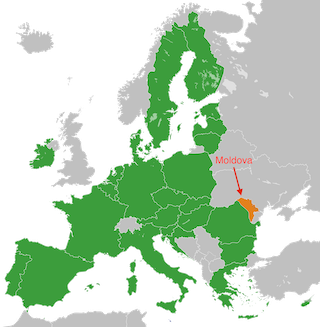 NOTE: I probably should mention that Moldova is a small, landlocked country in Eastern Europe. It is bordered by Romania to the west and Ukraine to the north, east, and south. Then again, if you have Moldovan ancestry, you probably already knew where the country is located.

In 2016, film school student Victor Galușca found the negatives for thousands of photographs in an abandoned home in the northern Moldovan village of Roșietici. The 4,000 vivid portraits were taken of the people living in the village between the 1950s and the 1970s. The photos belonged to Zaharia Cușnir (1912-1993), an amateur photographer who worked as a teacher before the Soviet occupation but was forced to take on manual jobs — such as metalwork, construction, and shepherding — by the new regime.

The results give a glimpse into the tumultuous changes that have marked these people’s lives over the past half-century. Shot in their homes, against typical rugs hung on walls, Christian icons, or in bed, these portraits are also metaphor for the disappearing world of the Moldovan village amid post-communist economic instability, and mass emigration.

The incredible archive was made into a photo book, showcased at exhibitions in Chișinău and Bucharest, and is now available to view online. But the publicity also meant that people who recognized themselves in Cușnir’s photographs got in touch with Galușca. The young photographer decided to embark on a new project: taking pictures of Cușnir’s former subjects with the black-and-white portraits of their younger selves. Victor Galușca is especially interested in the residents of Roșietici that have since left and emigrated to other countries. 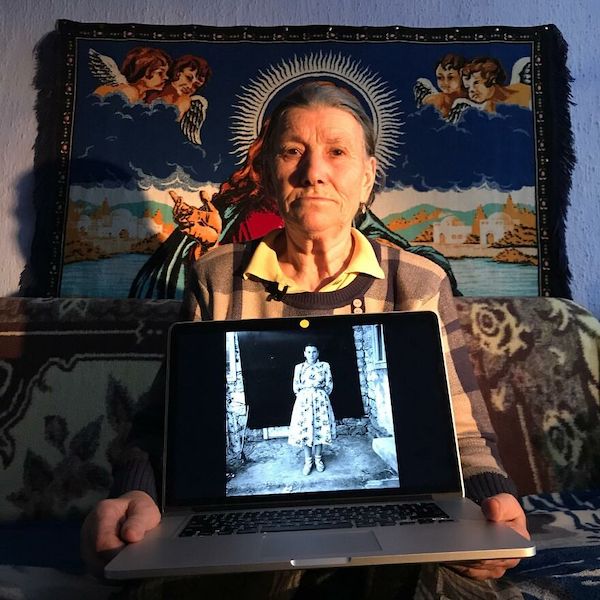 Vera Borș: Then and Now

If you would be interested in finding a photograph of a relative taken 50 to 70 years ago and especially interested in adding a later photo to that collection, read the article Lost and Found: The Photo Project Reuniting Moldovan Villagers With Their Younger Selves by Paula Erizanu and published in The Calvert Journal at http://bit.ly/3sm5Du8 for all the details.

Comment: I am sure the above article will be of primary interest to a small group of people: Moldovan descendants who read this newsletter. However, would you like to do the same thing by focusing on your ancestor’s village? home town? or your home town? How about your grammar school class.

The possibilities are nearly endless!