The following announcement was written by the Genealogical Society of Ireland:

John Goggins was born in Dún Laoghaire and educated by the Christian Brothers and at UCD and DCU. He moved to Rosslare Harbour, Wexford in 1973 with CIÉ and subsequently started his own successful Customs Brokerage business.

He founded a local youth club which he ran for twenty years and he is now involved in the Mens Shed movement. He is a keen fly-fisherman and a woodturner and has always been an enthusiastic family historian.

He writes short stories and essays to complement his genealogical research and has read at various venues including Wicklow Writers, De Barra’s in Cork and in Vermont USA.

He has renewed his life-long love of the Irish language in the past few years and enjoys using the cúpla focail at every opportunity. 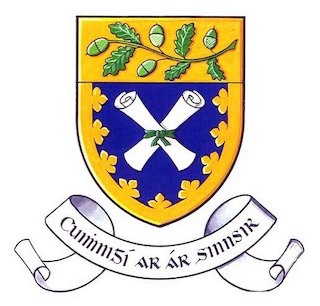 The President of the Society, London based, Stuart Rosenblatt, PC, FGSI, warmly congratulated John Goggins on his election and wished him every success in the year ahead.

John Goggins takes the helm of the Society in a challenging time with the Covid-19 restrictions keeping An Daonchartlann – the Society’s Archive and Research Centre based at DLR Leisure Centre Loughlinstown, closed to visitors and its two Open Meetings each month now held via Zoom. Although, the Zoom Open Meetings are proving to be immensely popular with Members from all around the world now participating in the activities of the Society from the comforts of their own fireside – giving an added meaning to ‘Níl aon tinteán mar do thinteán féin’.