Where were you in ’92? 1492, that is. There are so many genealogy websites by now, along with books on every aspect of colonization, that with time and effort you can actually answer that question. But I over- simplify. You don’t have to pick 1492. Pick any date in your family history that attracts you and explore other, perhaps lesser -known relatives as well as what else was going on at that time. 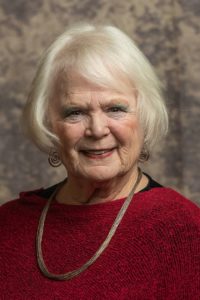 I chose one name in my southern American genealogy, about whom I knew little. That was Jean Milsaps, who married John Billingsley in 1772. Slowly, through generations from different confirming sources, I was led all the way back to Helena de Haviland, born on the Isle of Wight, off the coast of England. She was born in 1492! Suddenly, like Columbus, I felt I had discovered something. That date gave me the idea of seeing what other ancestors were doing in 1492. After all, there were our own people at the time, not just that explorer we heard of in grade school, who “sailed the ocean blue.”

Christopher Columbus gave us that October date, albeit disputed by some, when he discovered the Caribbean islands that were the doorstep for a century of Spanish conquest in Central America. By 1600 those Spanish “conquistadors” had entered what we now know as New Mexico, bringing the Spanish names in my husband’s genealogy. Also, his French lines had entered French Canada, and my British had begun attempts to settle the east coast of North America. By 1600, a hundred years after Columbus, our family names were established.

By 1650, English merchant sailing ships, owned by my two main ancestral lines, Billingsley and Pitts, harbored in the bay of Isle of Wight, Virginia. Those ships were loaded with trade goods such as spices, textiles from around the globe, and gold bullion raided from Spanish ships. They were also bringing settlers, called “adventurers” set up by investors in England, and with those colonists came centuries- old family names. It has been said that those settlements were like family reunions, because many came from “noble” that is landowning families, who had expediently intermarried for generations to gain estates and titles. The ships also brought indentured skilled workers, which were so lacking among those first “cavaliers”, as well as, yes, slaves to work tobacco fields.

But back to 1492. Since title, positions in court, and land ownership depended on it, English “noble” genealogy was recorded and is waiting to be discovered. And French and Spanish genealogies were diligently held by the Catholic church. If you mine deeper into internet history and genealogy sites, marriages and histories become visible. In doing so, I encountered lords and ladies, pirates, and paupers, female defenders of castles, lunatic losers in high places, Indian captives and French voyageurs. I have been an “adventurer”, sailing back into genealogical time. Try it. Bon Voyage.